iERA: Too Big To Fail?

Posted on March 15, 2013 by thesultansjester 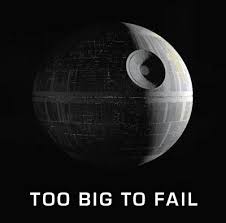 The Sultan’s Jester is very sad to see the call to Islam, which must be carried out with wisdom and beautiful manners, being treated as a playground for sectarianism and absurd behaviour.

The Jester recently allowed me to post an article here about the ‘Dawah’ group iERA and a controversy they had become immersed in as of late regarding gender segregation at a Muslim/Atheist debate at a secular university campus, University College London.

Sadly, the fallout from this incident is still continuing. iERA have been banned from UCL, and a lot of negative press has been generated for Muslims. No doubt the ban and the bad press is most disturbing and largely or completely unwarranted.

Further, iERA speakers and a seemingly large fan base have ‘dug in’ and attacked other dawah personalities who have not ‘fallen into line’ to defend them in a most aggressive and defamatory manner. The list of victims seems to rising by the day like some natural disaster but it seems that some of the most influential Muslim speakers, namely Shabir Ally, Adam Deen and others, have been the victims of some aggressive and ill advised comments by iERA speaker Adnan Rashid or their supporters. Adnan Rashid actually posted comments warning Muslims to stay away from Adam Deen and his ‘Deen Institute’ and labelled them ‘haters of people of the Sunnah’ (!?).

He further went on to attack with the most uncouth language notables such as Dr. Shabir Ally, the well known Orthodox Sunni theologian Sheikh Atabek Nasafi…and basically anyone who disagreed with him…on anything. At all.

His tirade was on the iERA website uncensored for over 48 hours through a Facebook window and has now been taken down (sans explanation or apology). Curiously, this came after British Muslim intellectual Paul Williams bravely drew attention to the worrying nature of the diatribe. I won’t add to Williams account of the incident as it is there for everyone to see.

This has been in conjunction with a multimedia barrage on Facebook and elsewhere attacking the individuals above by both iERA members and ‘loyalists’ including seemingly some of their top organisers. The attacks are virulent and often begin and end with takfir or insult. The whole affair resembles nothing as much a political mudslinging and rioting around election time in some countries.

Then we have this video by a gentleman who appears to be with iERA:

This is maybe not a helpful sequel to the UCL incident and in conjunction with the smear campaign by senior iERA members on…just about everyone, brings into serious question the good sense of this group.

The wall of silence that greeted the crypto takfir of Adam Deen and associates from the dawah community was very illustrative of this: iERA is in danger of acting like a gang, adopting a ‘my way or the highway’  approach not broaching any criticism and indeed trying to act with relative impunity.

Quite apart from the fact that those attacked seem to have had nothing to do with iERAs troubles, their reaction to Paul Williams and even my own article seems to be all out ‘war’ rather than using it as an opportunity to reflect on or even just refute the points therein.

Anyone can err, and perhaps this unfortunate incident was a good chance for iERA to hear the gripes of people and perhaps consolidate their powerful position in the U.K by being inclusive and understanding that some people felt that the organisation was ideologically biased towards certain (Wahhabi) interpretation of Islam as well as a concomitant  view that a woman speaker should not address a mixed crowd, even wearing niqaab.

Surely iERA could only benefit from such engagement and would have a greater claim to inclusiveness by understanding and responding to these matters in a respectful manner. It could have avoided further confrontations with the secular authorities and made non-Wahhabis Muslims greater stakeholders in the iERA enterprise. They could have held out an olive branch and made their critics look reactionary and gained the Islamic high ground.

No such luck: what followed was an master-class in stubbornness, conspiracy theories and very random heresy hunting (i.e Adam Deen). Any criticism was quashed with Facebook barrages of ‘This is disunity!’, ‘We are the defenders of the Faith, how can you not support us?!’ ‘We are above answering your questions!’ ‘By questioning us you have caused fitnah! Repent and fear God!’ Or even ‘Heathens!’

I myself have lost count of the number of takfirs I have had for merely suggesting that they accommodate the orthodox view that a woman’s voice is not awrah. I am not saying that this is coming from iERA itself always (though Adnan is most certainly a senior iERA member) but it is coming from their fan base, and the way a football team is often judged by it’s fans behaving like hooligans is a bad omen for IERA.

IERA further issued a press release saying that they were ‘the most popular speakers’ as if that put them above criticism and refused to come to terms or apologise or merely calm down and let the storm blow over. Again, Williams alone had to try to account iERA:

Rather than provide counters and evidences against their alleged pro-Wahhabi bias and  seemingly odd ideas relating to female speakers, what seems to have met sincere Muslims is harangue of ‘Modernists!’ ‘Sympathisers!’ ‘Secularists!’ and very often again ‘Heretics!’ or even ‘apostates!’

iERA clearly feel they have good intentions, and they are right to a large extent, but acting as if one is above accountability from one’s own constituents is not a good idea. People like Yusuf Chambers & Co. do seem to sincerely want to help Islam, but there seems to be an organisational agenda that is unwritten but highly divisive: The Salafi way or the highway.

The behaviour of Adnan Rashid, the iERA press releases, the frankly hooligan antics of many of their fan base (who have clearly spent too long hanging around with far right Islamophobes), the implication of ‘might is right’, heresy hunting and the fearful silence of other Dawah organisations gives the distinct impression that iERA think they are perhaps ‘too big to fail’.

But as the current economic crisis and more importantly the Quranic narrative shows, we should all take heed – no one is too big to fail.

2 Responses to iERA: Too Big To Fail?