Posted on March 22, 2013 by thesultansjester 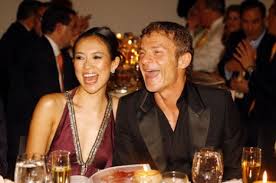 What a tolerant chap! He’s doing that girl a real favour by putting up with her!

My, what an angry fellow! I must say, I was dismayed to see the descendants of so many former subjects of the Ottoman Empire concoct such lies against her. Nay, not only this but the Turks themselves painted a lie over the portrait of racial and religious tolerance that was the Ottoman system. The Greeks hate us now. It is a shame. But whatever the errors of the Sultan, did they not over four hundred years keep their religion and their language? How was it for the French and British Empires?

Tolerance is a word bandied about nowadays, especially by certain people in ‘the West’ in reference to how they are very tolerant, but with the usual caveat that there are some things that we should NEVER ‘tolerate’.

However, the vast majority of people who define ‘tolerance’ are from…the vast majority. The majority ethnic, belief or national group defining tolerance is a bit like giving a Nazi the right to define ‘Anti – Semitic’ i.e. it is epistemologically biased or at least very risky.

Tolerance is not when you allow people who look different from you to do the same things that you approve of, like having Indian or Black or Chinese ethnicity friends who drink, f**k and eat the same way as you. That is not tolerance, that is merely not being a frank racist. Nor does it prevent you from being a xenophobe. It merely means that you get on with people who act just like you but look a bit different. Big deal. This is actually one of the main arguments people in Europe have to convince themselves and others that they are ‘tolerant’ of difference. Actually, they are tolerant in this case only of difference of appearance, not behaviour.

It’s like a white European coming into a mosque, praying and generally acting just like all the other Muslims. They have no need to tolerate anything, since apart from his exterior appearance he is the same as them.

Tolerance also is not having sexual relations with people who look different to you. That is merely exotic fetishism and is common to all societies and peoples. You are not tolerant because you were charitable enough to have sex with that hot Chinese girl at college or your girlfriend is ‘Indian’ (although her behaviours and values are the same as yours). It has yet to be established that anyone possesses a racist penis or vagina. What would be tolerant is if you were in love with a person having a radically different culture to you and they actually maintained that and you accepted it

You get no credit for sleeping with people from different ethnic backgrounds. Even the colonial officers and footsoldiers of the various European powers used to do that, and they were actually more ‘tolerant’: at least those women maintained their culture and were in their own environment: What is the essential ‘difference’, beyond a more exotic (and thus attractive) external appearance that today’s ‘brave’ sexual experimenters are ‘tolerating’?

Tolerance is something that needs to be envoked when there is something there to actually tolerate: a DIFFERENCE. Tolerating a difference merely in appearance as opposed to beliefs or behaviour shows how lax the definition of tolerance in most Western societies is: They think they deserve a cookie for not getting offended at peoples’ skin colour or hair type. Big deal.

What would be tolerant is if there existed people who looked different AND behaved differently and they were tolerated (which is still inferior to ‘acceptance’ but we will let that slide for now). You see literally zero examples of this in the Western world: someone who has a different approach to the fundamentals of life to you, especially if they also look different to you being tolerated or accepted. Rather these people are invariably viewed as outsiders at best or dangerous at worst, usually being described as threats to ‘our’ way of life, ‘barbaric’ and incongruent with our values.

Just ask the Jews and the Gypsies…